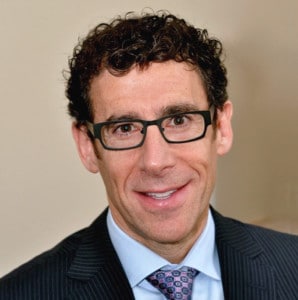 David was born and grew up in Toronto. He attended University of Toronto from 1983 to 1987 completing a Bachelor of Science degree in psychology and neuroscience. While completing this program, David worked in research at the university and co-wrote and published a research article on epilepsy.

He then went to Western University studying dentistry. Following his graduation in 1991, David was lucky to join a well-known, established practice in his old neighborhood. Years later, he still maintains private practice in the same suburban Toronto location.

After graduating from dental school, he received training in intravenous sedation at the Montefiore Medical Center in New York. Shortly after this, David received the status of Master of the College of Sedation in Dentistry from the American Dental Society of Anesthesiology. This, along with David’s keen interest in behavior and psychology led him to focus his practice to treat people who require special care. People with needle phobia, strong gag reflexes, special medical issues, those who are difficult to get numb and dental anxiety are common traits of David’s patients. As his reputation in this field has grown over the years, he has become a trusted source for patient referrals from other dental offices across Ontario to help treat these special patients.  In over 25 years of practice, he has safely administered over 18,000 sedations.

“I love practicing dentistry. The hands-on aspect is fulfilling but what brings me the most gratification is the challenge of helping others overcome their fears and concerns regarding dental treatment. I believe that patient comfort is paramount in order to provide high quality dental care. Our team strives to listen to individual needs and incorporate those needs into improving oral health. It is very gratifying when we are able to do this, especially when there are extra challenges to manage.”

Because of Dr. Isen’s interest in this type of dental care, he has participated in his profession in ways other than private practice. He is a sought-after lecturer who has taught dentists in Asia, Europe and across North America on topics related to local anaesthesia, medical emergencies and the use of sedation in dentistry. He has routinely presented lectures for the continuing education department at Western University and he has lectured at University of Toronto as well. He is considered a “Key Opinion Leader” by many dental and pharmaceutical companies and as such, he has acted as a consultant regarding product development and product evaluation.  He has been interviewed by many different media regarding dental anxiety. David was featured in the TV shows Marketplace and The Right Fit in episodes about dental phobia. He was also interviewed by CBC News about a new anaesthesia-related product.

Dr. Isen is a member of several societies including the Ontario, Canadian and American Dental Associations, the Ontario and American Dental Societies of Anesthesiology and he is an invited Fellow of the Pierre Fauchard Academy, the International College of Dentists and the Academy of Dentists International. David has also published numerous articles in various dental journals.

David’s family is the ground beneath his ever-moving feet. He and his wife Susan (a family physician) lead full lives with their three sons, one a recent university grad and two others currently in university. David enjoys jazz music, travel and the pursuit of physical fitness with the goal of keeping up with his sons.